Feedback on the MINI #ManDay Prize...

A while back, dear Readers, some of you submitted "things that make a man, a man" - in honour of the MINI Paceman launch. The best of those entries were treated to a day at the tracks by MINI. It was, to say the least, pretty rad.

I especially like my movie style 180 degree turn. On the second attempt.


Some comments from the readers who went along:

Nick:
My car broke down today :( But I'm afraid if I replace it with a MINI I'll only want to drive like I'm on a racetrack! Thanks so much again, way more than I expected and so much fun :) https://vine.co/v/hmnpn233OqV

Johann:
Thank you it was an awesome day! We enjoyed the go carts as well.

Jeanine:
I had a wonderful time! From organisation of the event, to the driving instructors, especially Gina who was awesome, to everything I learnt, I really had fun. The MINI was such a sexy little car to drive, and I am happy that I had the opportunity to do so as I have never driven a MINI before! It is definitely on my list for the day when I don’t need a big mom car anymore!

Warren:
It was a fantastic day and I learnt quite a bit. My pics are up on FB - The album is set to public so you should be able to see it. The video's will be up later today on Youtube: http://www.youtube.com/user/wwzwick/videos

Petri:
I don’t know whom to thank but this was the most fun I've ever had in a car. The whole experience, flights, transport, accommodation and BMW driving experience was top notch and was well orchestrated. I will never forget the day and the time on the racetrack was the best! 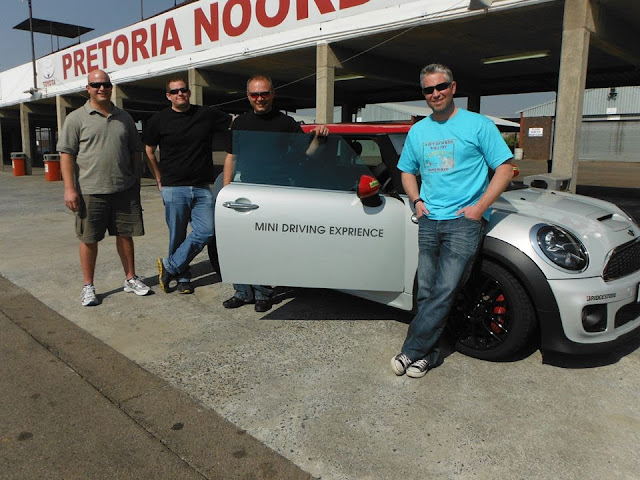