The Next Chapter: From forgood to The Room...

When you've helped grow an organisation from Helpless Baby to Cocky Adult, there's never a good time to leave. But if that organisation is stable, growing and has a world class team behind it - then there's no better "bad" time than this. 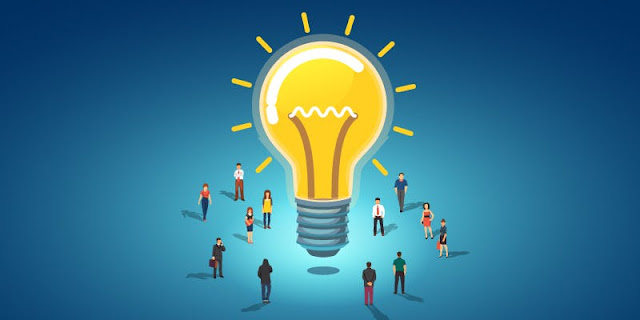 This entrepreneurial journey has been a labour of love and scars - as many of them are. But it has to come to an end at some stage - because until senior leaders/founders step aside in a small business, there's no room for the next generation of talent to take over. 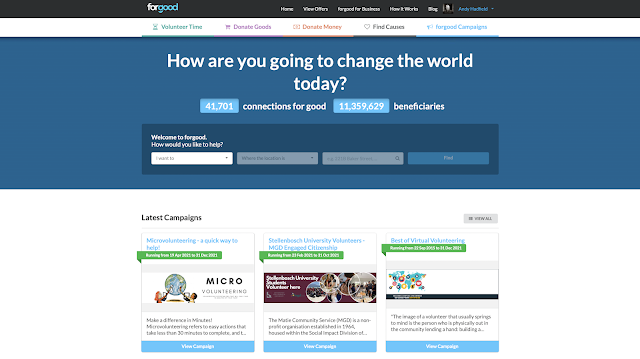 After almost 7 years as the CEO of forgood, it's time to hand over the baton. Really excited to announce that Romy Heldsinger (our current COO) will take over the reigns, with Mashadi Letwaba rising up to take over as Programme Director, running the biggest team in the business. Josh Lewis remains as CTO.

Girl power! Richly deserved. And apt, considering 75% of the impact on forgood is created by women. The company is safe in their hands, ready to continue its exciting journey of being one of the few profitable high impact social enterprises in the country. A company that makes money and helps people at the same time? For many of my 7 years, that seemed like a pipe dream. No more.

I'm delighted to remain on the Board as Chairman. I said moving on, not letting go!

On a continent where talent is evenly distributed, but opportunity is not, unlocking the power of the network to accelerate people and businesses seems like the right place to be playing. I am very honoured to be joining Fred Swaniker and a world-class team (from 29 different countries already) at a new startup, The Room. I'll be heading up the Entrepreneurship Tribe, and you'll hear a lot more about this in time. 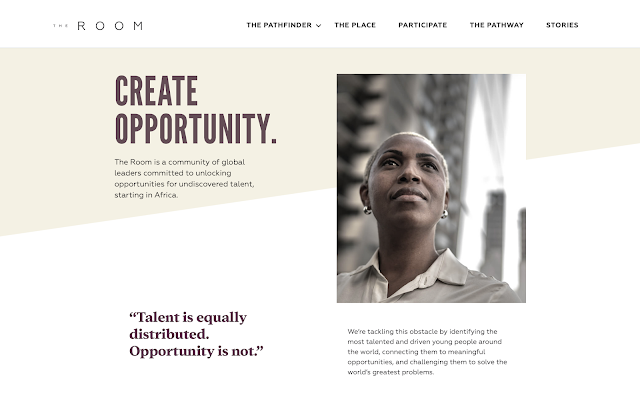 The Room has a few interesting parallels to forgood, the biggest in that it's a for profit social enterprise. Using capitalist models and value creation for social development outcomes. The future.

What are we trying to achieve with The Room? Oh. Just to create 2 million jobs on the African continent by 2030. Think of this as a capstone project to ALA and ALU, who have perfected how to select, develop and connect top talent. We now need to select and connect even more talent - at low cost and real scale. With this goal, entrepreneurs (small business or large) represent the greatest lever we can pull to create opportunity. They will be my Tribe. It's funny, I've often enjoyed helping entrepreneurs more than being one. Perhaps that bodes well for this adventure.

The Room is a purpose-driven, high touch, opportunity network - for the top 5% of global talent.

Imagine we took everything wrong with LinkedIN? The spam (the life coaches!). The endorsements that mean nothing. The meaningless follower count. The inflated, unverified talent indicators. The melodramatic language. The image crafting. What if we made it better. Because we were deliberately smaller and deliberately high touch and had a deliberately crafted meaningful relationship (physical, virtual and data) with our members. We were push. Not pull. In the right way.

Why? Because anyone who's been around the blog knows that networks actually matter most. 75% of jobs aren't advertised. Warm intros rule business. Few people have become successful without the leverage of their network. We need to be the network for those that don't have it - and be a better network for those that already do.

I don't want to give too much away, because I'm still learning. But I highly suggest you go check The Room out - and watch this space. It's a big, audacious and scary goal. Perhaps I'll see you "in The Room"?

AN ACTION: I'm really interested in speaking to Pan African Entrepreneurs right now - to see how we can build a proposition for you at The Room. Reach out on Twitter - @andyhadfield!