What's Your Story? The power of storytelling for social impact...

September 21, 2016
Heartlines is the biggest shareholder of forgood. They're a fairly large non-profit that uses media to do values based education across the country. Not only do they have a new movie coming out in March - Beyond the River (it's really good, have seen a pre-screening)... But they have also launched a new digital campaign which I'm particularly interested in.

It's called #WhatsYourStory and aims to use the Internet to scale storytelling in South Africa. Because storytelling, verbal culture, word of mouth, understanding - these are some of the most powerful cultural weapons we have in this country. This is something so simple - that it might just work in our fledgling Internet ecosystem.


Check out the site and submit YOUR story: What's Your Story by Heartlines

Here's all the info about the campaign and it's launch... 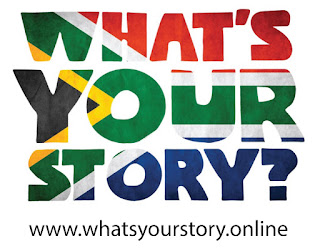 Social change NGO Heartlines has launched its latest values-inspired campaign, What’s Your Story? Aimed at tackling some of South Africa’s deepest divides, the campaign aims to build understanding, trust and reconciliation through the process of storytelling. With National Heritage Day on the horizon, the time is ripe for an authentic conversation on diversity and racial tolerance.

Through the sharing of personal stories on multi-media platforms What’s Your Story hopes to address the suspicion, fear, prejudice and racism that plague our interactions with one another. “Stories are all around us, they are what move us, challenge us, anger us, make us feel alive and inspire us. We use stories to make sense of life and the world in which we live,” says Japhet.

The event was attended by actor Israel Sipho Matseke Zulu (formerly known as Israel Makoe and affectionately as Ma-Orange), who shared his personal story of growing up with a single mother in Alex, his jail time and subsequent rise to fame. Often playing the role of baddy or gangster in TV shows and movies such as Gaz’lam, Tsotsi, Four Corners, iNumber Number and Hard to Get, Zulu is no stranger to being stereotyped both on screen and in real life.

Zulu’s story, which is intertwined with South African urban history, his reputation and ownership of the bad boy role in films, countered by his warm and gentle persona captures the heart of What’s Your Story. “A person goes deeper than any first impressions they inspire, and Israel’s narrative is particularly relevant in demonstrating the power of storytelling to engage, transform and facilitate empathy,” says Japhet.

What’s Your Story can be accessed at whatsyourstory.online – visitors are able to watch, read, listen and act as a part of the campaign. Everybody living in South Africa is invited to write and submit their own personal stories to the platform. Community organisations, NGOs, religious groups and companies are also able to request facilitator guides and workshop resources.