My first BPL experience (and why people choose the football teams they do)...

BPL. It's a funny game. How people from all over the world can go dilly supporting a soccer club from a quaint little village in England is sometimes beyond me. But I don't question it - football is the world's greatest soap opera, so sometimes it's just fun to go along for the ride.

ABSA are starting to leverage their BPL sponsorship by running some content and some giveaways and they're encouraging people to talk about the experience of watching their first BPL game. I'm giving away some funky Manchester United swag (which is going to make the YNWA'ers so pissed!). Read more at the bottom of the post!

I could tell the story of my first live BPL game many years ago in the UK. Seeing how 2 teams had to leave the stadium through separate doors. Seeing the jaw-dropping pint consumption rate during half time. Manchester City (before all the cash) vs Reading. It was awesome.

But I'd rather tell the story of my very first BPL experience... And for this we have to go all the way back to SABC 1, 2, 3 and ETV. Terrestrial TV my brothers and sisters.

I was 18 I think. Got my first TV. A 54cm CRT (that's a glass screen tube TV vibe for the Millennials here). And Bunny Ears.

Yes. Bunny Ears. We had to use this odd contraption to pick up TV. Now get off my lawn, I'm getting old.

Here was the problem though, growing up in Newlands down in Cape Town, we didn't always get the best reception. So my humble Bunny Ears would only pick up ETV. That was good for 2 things back in those days. Late night "romance" movies and the BPL.

One more problem. They're only showed Manchester United games. That's how it all started. The Red Team was the only team I could watch, so I watched it.

It's not the greatest origin story in the world - and I'm not going to lie - I get kinda jealous with most South African's origin stories about their BPL teams. Their Dad supported City. Their grandfather once visited the Chelsea stadium and now they bleed more blue than Bulls. They tear up with a little #YNWA.

Being in a social circle of more Liverpool fans than anything else, I'm not going to lie that it was entertaining watching the 2014 season. More melodrama than Beverly Hills 90210 (and that's another direct reference to the Bunny Ears - and Radio 2000 for those wanting a trip down simulcast memory lane). I might have even cried at some of those moments leading up to the bus, the Chelsea game and the season that should have been. 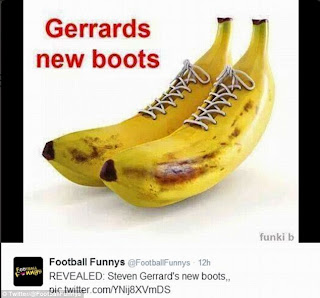 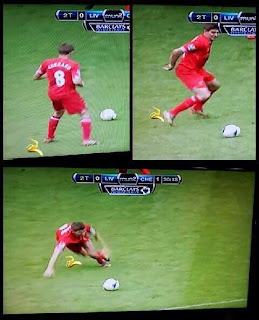 Anyway, Liverpool fans keep calling United supports Manks (which sounds rude, especially when you here what people do to "Manks" - or even what "Manks" do to themselves when biding away their time at the pub). I might not have a Liverpool origin story, but sometimes I wish I did. The win will be so much sweeter because of all of the pain.

Origin stories have always fascinated me. We have so much emotionally invested in soccer clubs from another country.


What was your first BPL experience? What is your team origin story?


OK Man U fans. Here's your chance to get some swag. iPad Covers, Cufflinks and Wallet/Pen sets. Boom. All you have to do is tweet me and I'll choose the best reason why you deserve the swag.

Yo @andyhadfield @absa, I want some ManU swag because _______ #MyFirstGame 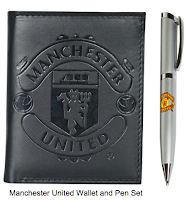 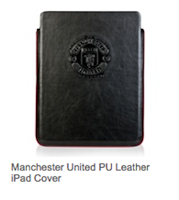 Want to go see a BPL game live? Here's what ABSA's up to. Pretty cool content.

NOTE: This post was paid for. But as usual, my promise to you, dear Reader - is that I'll only ever write about stuff that actually interests me. Stuff where I actually have something to say. Read the disclaimer - copy it if you like.
Email Post
Labels: absa BPL British Premier League competition Liverpool Manchester United sponsored post