A different kind of "giving" - my first experience with ForGood.

It's XMAS season and I've been thinking a bit about the "donation" industry. I suppose off the back of investigating the NGO space.

Take something as simple as a black bag of clothes, something generated out of middle-upper class households every few years as we “refresh” our wardrobes. Typically, I’d guess this black bag would go one of three places.


In my case, it’s always through my domestic helper to any Cause she deems worthy in her local community. And that’s fine. More than fine in fact - at least these clothes are going somewhere where they’re needed.

But what if you could more? Not give more. But make that act of giving a bit more effective?

This is essentially what ForGood (www.forgood.co.za / @forgoodSA) is trying to do. They’re a tech product in the social impact space that connects people to Causes (charities / NGO's / NPO's). But more importantly, they’re trying to make a more meaningful and impactful connection. Which Cause actually needs that big black bag of clothes RIGHT now? Which Cause could make more use of it? What if the “giver” (not sure I like that word, sounds a bit holier-than-thou) could have some choice over which charitable sector they’d like to help out? 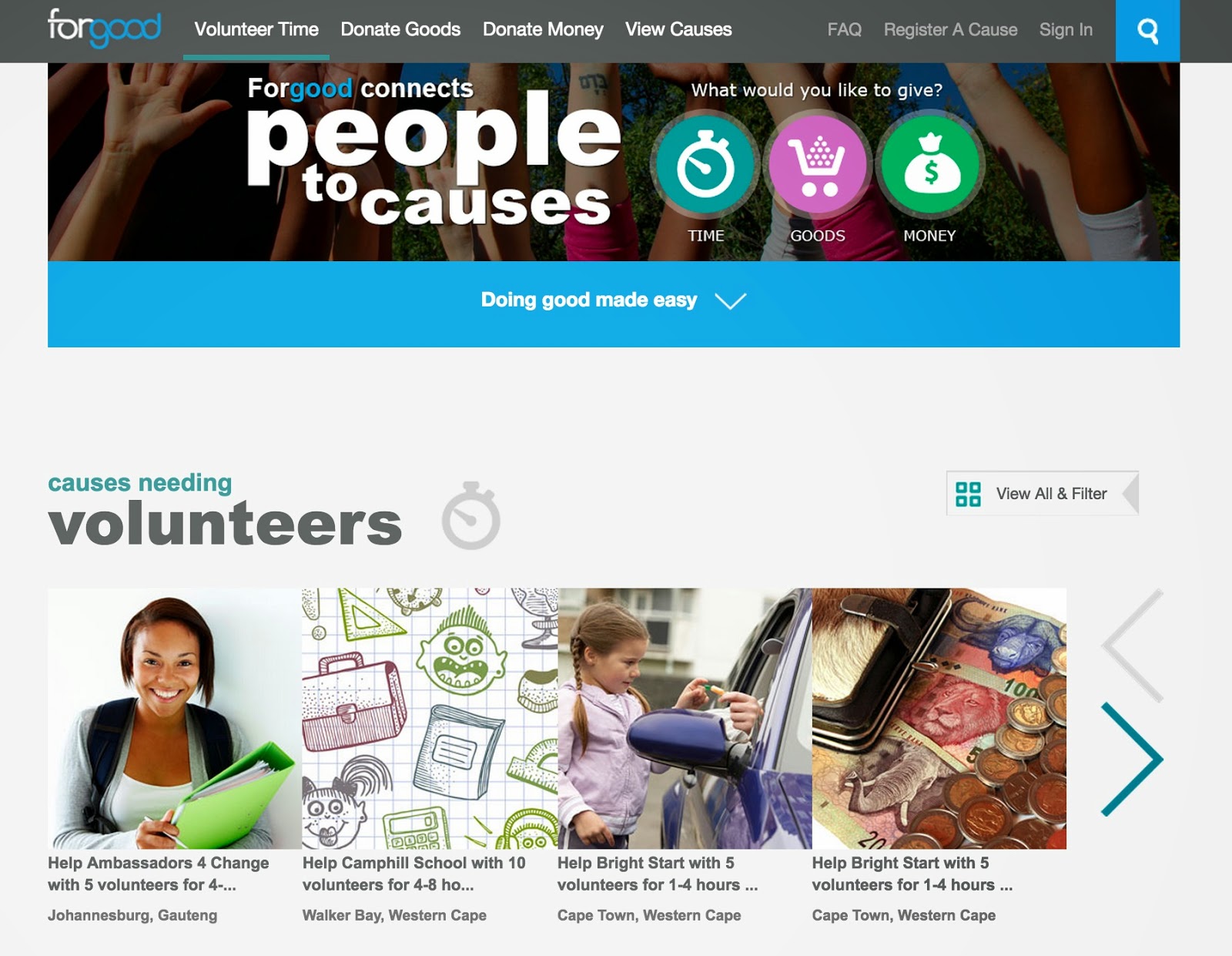 The site does this in one of two ways. Firstly, you can respond to a set of existing needs. Secondly, you can create an “offer” which is then distributed to a set of Causes.

Back to that big black bag of clothes. I had one. So I went the Offer route – and I have to say, it was a pretty magical experience. The hunger that these Causes displayed was insane - the first call I received was literally 5 minutes after clicking submit on the site. The relative impact (in ways I hadn't even thought of) these Causes wanted to create was both humbling and horrifying. After all, it’s just a bag of clothes… To know how much it was needed was something new for me.

If I made any mistake, it was choosing too quickly - but that’s only because it’s so hard to differentiate between who needs something more. The Cause I ended up giving the clothes to was simply the first one who replied. But some of the subsequent replies were so moving that I fear my clothes cupboard is going to get a second working over soon.

In the end, sure, it’s just donating some old clothes. But it felt like more of an experience. And that’s what life is about, isn’t it? As South Africans, I think we’ve become patently aware that this third world country thing is a Team Sport. If we don’t all find a way to chip in, we’re not going to make it. Perhaps here’s an easy entry point.

The grateful recipient of my simple bag of clothes was Amcare Alberton (a bit of a drive for sure). 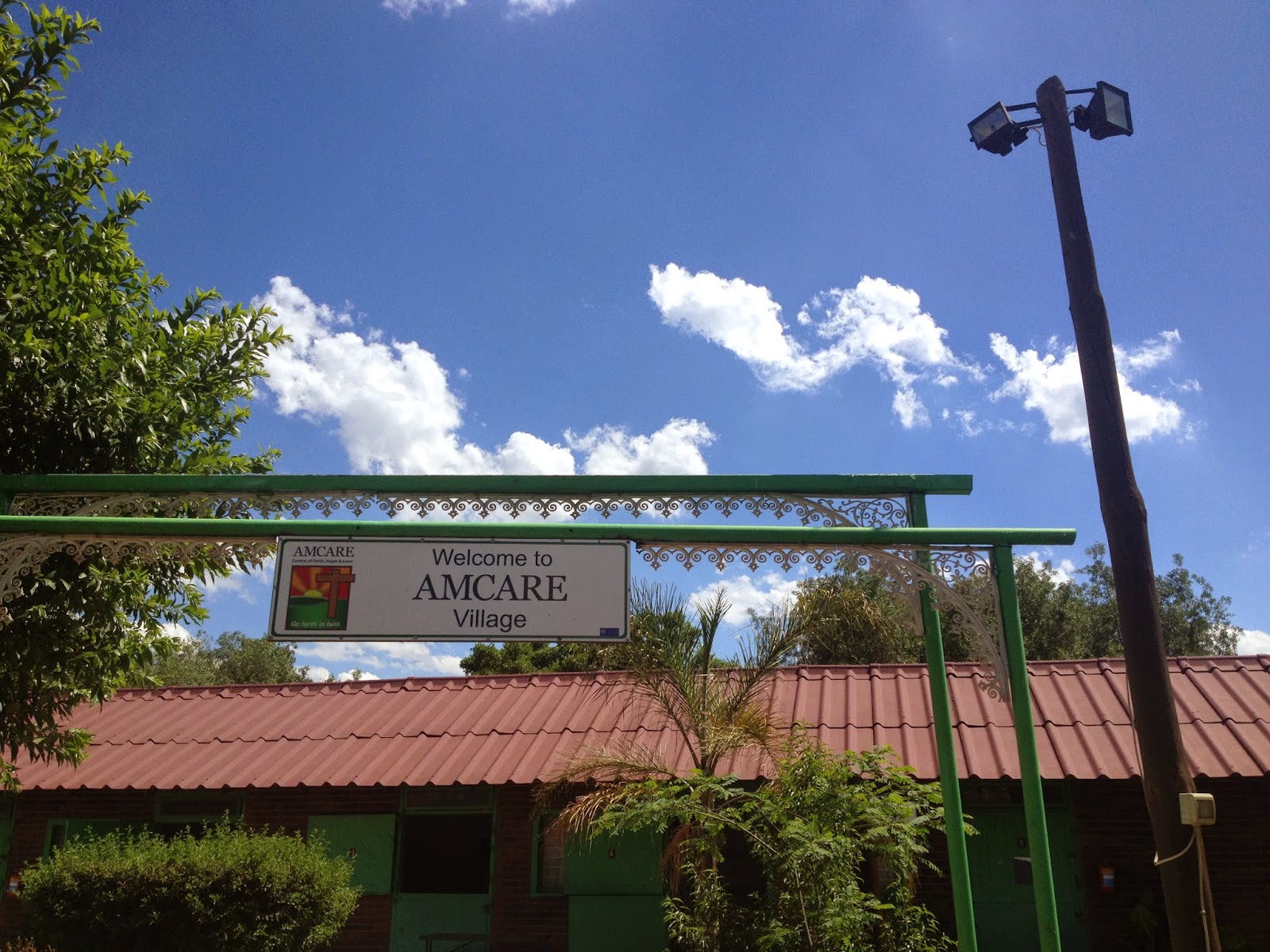 “AMCARE is a multi-purpose health and social development organization servicing poor and vulnerable persons in the Greater Alberton area of Ekurhuleni. We render a variety of services to poor and vulnerable people ranging from sheltering victims of domestic abuse, to caring and support of Orphaned and Vulnerable children to rendering psycho-social support to Elderly residents…”

Or give the product a whirl yourself, go “create an offer” here: https://www.forgood.co.za/Offer/CreateOffer