Another Cape Town startup ecosystem project. Some would argue it's another one that does what Silicon Cape is fairly good at - talking about themselves. But hell. You have to give them credit. They're doing a better job exposing the startup industry and building a vibe around the technology sector than anyone out there. 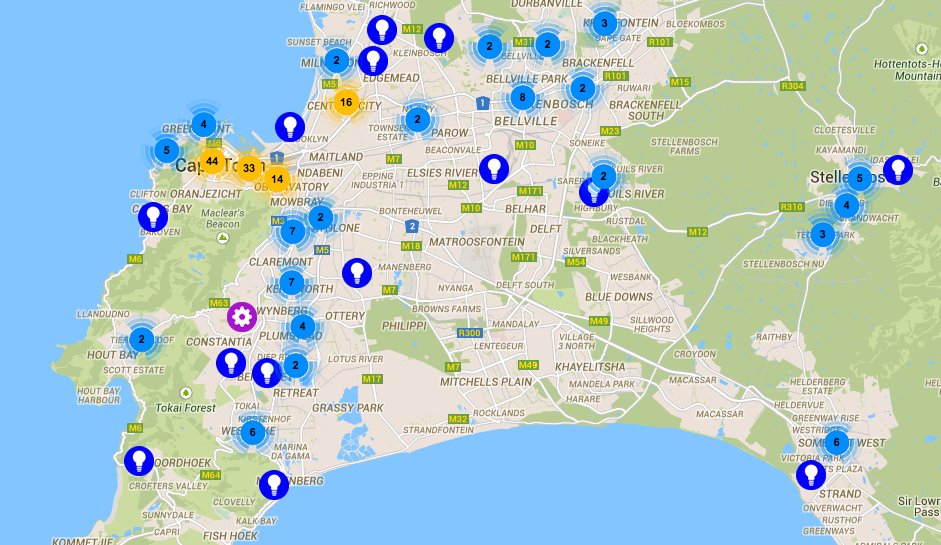 Remember, this is off the back of the recent FNB funding injection and a steady stream of companies and events. Even the odd success story. It's all good for the startup economy, whatever you may think of the Silicon Cape approach.

Mapped In Cape Town is a visual snapshot of the Cape Town startup ecosystem. It follows the law of density: the denser the map, the better the ecosystem. Mappedinct.com is an innovative and interactive digital map that allows tech start-ups based in Cape Town to list their businesses free-of-charge.

158 Companies. Impressive. And only 20-30 of them are agencies. I bet you they've only got half the list, both of agencies and of actual startups. Maybe even a third of the list. That means we're starting to get to "1000s" of people involved in the startup sector, in just one city. Very cool to see it all in one place.

Services. Oh please, Product people at 24.com, won't you put a rating and commenting (ala App Reviews) system in place? Differentiate yourself from a directory service - that would be both brave and cool.

Investors. Haha! The old faithful. There are plenty more where these guys are, most just probably don't want to be pinned on a map. Again, you have to give these guys credit. Investing at this early stage in an ecosystem is hella brave. Glad to see they keep putting their hands up and keep helping out. If they had a dollar for every bad pitch they heard...

Mapped In Cape Town. It's a MVP, for sure. But anything that gives people the confidence to go out and start something (simply because they can see others are too) is good in my books. I hope they don't go down the directory route and find a way to make the data a bit more meta, a bit more useful - so this becomes a destination site, not a once off.


Disclaimer 1: I'm ex Cape Town. I'll go back one day. Any mild bitchiness is because I'm mildly jealous. And I wish Joburg would pull up their socks and do stuff like this. But I guess we're too busy making money. Ha! Boom. Joking. Really.