You've heard it a million times before over the last couple of years. Data is the new oil. But it's easy to say something, a little harder to figure out how that may impact our business lives. Just how valuable is data?

I use a particular example fairly often in keynotes. Did you know that you can target "Expecting Parents" in South Africa using Facebook advertising? Think about that for a second. Think about how personal that data is. And think how Facebook can figure that out. 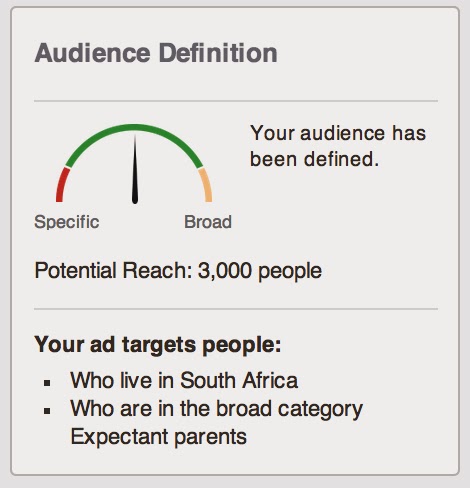 Now if Facebook can figure that out from the rampantly inane data we post to the social network - imagine what you could figure out given enough scale and enough personal data tied to unique identifiers like ID Numbers or Social Security Numbers (in the case of the US).

Now think how hard it is to reach customers using traditional media approaches.

Now think if data might help you reach customers a little easier in future.

Now read this. Stellar work again from my clever colleagues at FutureWorld. Click through to the actual article if you're looking for source and reference articles.

China has long been thought as 'owning' the United States because of the huge amount of US debt on its books. But now China will 'own' us in the data wars, not finance or trade.

The National Data Protection Agency, the network of government, banks, retailers and internet companies that has been collaborating on collecting and codifying our personal data for the last decade, has sold perpetual access to our data to China, for an indefinite moratorium on the repayment of the debt mountain.

It's a good deal for China, as the likelihood of calling in the loans is pretty slim, so the debt would never be repaid. The US had no option; the alternative would be to default - unthinkable for one of the world's two superpowers.

America is not giving the data away, just sharing it with China. That means they can still keep sensitive stuff under wraps, and only provide our personal data for commercial purposes - things like preferences, consumption habits and price elasticity, drilling down to individual households and consumers. This will allow Chinese manufacturers to predict the success and uptake of new products, improve their cost competitiveness, and avoid tons of research, development and market testing.

We will all benefit from cheaper products, less waste, and more appropriate choices, won't we? And less debt and interest burden means more budget for welfare and social upliftment, doesn't it?
Japan, the second largest owner of US debt, is already clamoring for a similar deal. In the new age global economy, data is the new currency, and the only source of comparative advantage.

But will we sleep well at night, knowing that our personal big data is being sifted and scrutinized by 'foreign' industrialists? And haven't we sold our future freedom for financial relief today?
Email Post
Labels: big data china future scenarios futureworld mindbullets