Can't get more link baiting than dropping in Bieber death. But, this MindBullet from the FutureWorld chaps does highlight a bloody interesting scenario. Where:

You could very well get the situation where a false-positive from one of these connected technologies (think Nike Fuel Band on steroids in 5 years time) causes the crowd to get a whiff - and then, well, the truth is what you read.

Or cool. Depending on how much you like the Bieb. 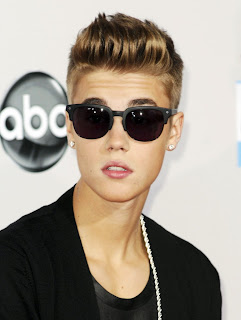 "I ain't dead" claims the pop idol, but nobody believes him
Dateline: 1 April 2017

It all started when The Bieb began wearing the new Nike LIFE+ bracelet. It's more than a sensor device; it's a 'whole life' application too. LIFE+ monitors your every movement, what you eat and when you sleep. It knows what you're doing at all times, from wildly gyrating on stage to bedroom antics.

Justin's mistake was selecting maximum exposure. Now every move he made was reported in real time on Twitter, Facebook and everywhere else. No need to manually update your lifestream. What a pleasure!

Until something went wrong. The bracelet Tweeted:

"Justin is driving his new Ferrari, rather fast."

"OMG Justin has crashed! His heart has stopped!"

In fact, it was a minor bumper bashing, and Bieber was unhurt. But his LIFE+ app kept insisting that he'd met his end. Millions of teenage girls all over the world are in a state of shock and mourning, and news headlines keep debating the truth of the matter.

The fact is that it's not easy to deal with this bug. Justin's contractual obligations with LIFE+ mean that it will take an army of lawyers and a team of surgeons to remove the bracelet, so for the time being all he can do is feebly protest on Facebook: "I ain't dead!"

With so many fake online identities and celebrity lookalikes, mass hysteria prevails, as the verified, official LIFE+ app keeps posting: "Justin has... left the building."

Disclaimer: Despite appearances to the contrary, FutureWorld cannot and does not predict the future. Our MindBullets scenarios are fictitious and designed purely to explore possible futures, challenge and stimulate strategic thinking. Use these at your own risk. Any reference to actual people, entities or events is entirely allegorical. Copyright FutureWorld International Limited. Reproduction or distribution permitted only with recognition of Copyright and the inclusion of this disclaimer. Public domain image.