It's not original - but pretty cool to see it happening on local South African shores. Submit fan videos, be included in a real music video. I like the engagement. In a world so stuffed with fluffy content and shitty content that nobody cares about - here's a real reason to go out and create something. And it'll generate some fun conversation at the same time - to a niche, relevant audience.

Nokia South Africa , together with FanAxion and  the South African rock band Seether,  have announced they will be jointly creating the band’s latest music video, Here and Now,  using footage from Seether’s most loyal fans. 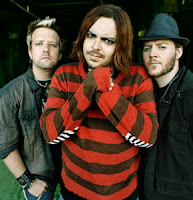 Fans will be challenged to film various scenes from a prescribed story board and the best video clips will be edited into a version of the band’s next music video.  This initiative was conceptualized by FanAxion along with Nokia to promote engagement with the bands and music people love to listen to on their smartphones.

The campaign will run over the next three weeks to ensure that there is enough time to gather local footage of the band during their upcoming tour in South Africa. Seether will be performing in Durban at the Wavehouse, Cape Town at Grand West Casino and the local music festival Oppikoppi.  Nokia South Africa has provided sponsorship to South African film school that will be contributing material to the project, promoting local video production talent.

For those fans who aren’t filmmakers at heart, they will be given the opportunity to submit pictures of themselves depicting a scene from the storyboard or they can participate by voting for the best video clips and win great prizes from Nokia including Nokia Lumia 610 phones, Nokia Monster Purity Headsets, Nokia music vouchers and Seether hampers.

The deadline for video submissions is the 30th of August 2012 and information can be found at www.seethervideo.com, the Nokia South Africa Facebook page, Seether.com or SMS “Seether” to 34747 and the links will be sent fans wanting to enter.  Winners will be announced on these online forums so keep watching for updates. Hosted on the FanAxion platform, FanaXion allows fans to socially integrate with their choice of entertainment without the clutter of normal social channels.
Email Post
Labels: campaigns video