The Age of Excellence. By Jason Calacanis.

This is one of those must-read / must-listen business anecdotes. We are living in a strange, high pressure world. A world of infinite options and finite attention. Succeeding as an entrepreneur within that environment requires an approach that we may not be willing to accept yet. 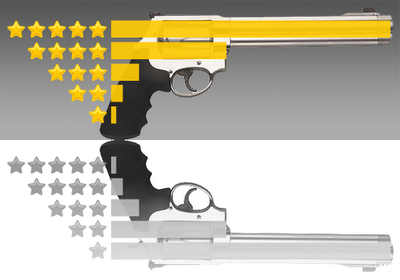 These are inspiring, wise and scary words. Heed them.

The Age of Excellence. By Jason Calacanis.

The distribution curve of people's attention is getting more extreme. "Words with Friends" and "DrawSomething" are so much more appealing that they get 98% of their marketspace. Just like the 800 Degrees pizza joint in Westwood has a line around the corner while seven other three-star places have 2% of the turnover.

The world demands excellence and has the ability to exile the average with a one-star review.
If you're good at what you do (a three- or four-star contributor) you're actually the same as average (two or three star), and you're much closer to bad (one star) than great (five star).

It's five stars or nothing today.

Not only that, Jobs understood the importance of aesthetic appeal--the importance of NON-FUNCTION. His biography tells the story of the craftsmanship on the "side of the fence or computer that nobody ever sees" being as good as the forward-facing parts.

What this means for startups is that the world has no place for good, let alone average, contributors.
Email Post
Labels: business strategy the future