The Mi-Fone A300 review (and what it means for Africa) 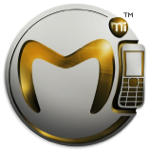 The greatest trick Steve Jobs ever pulled was getting us to use his phone as the benchmark for all phones. They make a good benchmark of course: best experience, best industrial design and best ecosystem. Best for the First World (and the First World pockets that exist in the Third World) perhaps? But best for Africa? Well now, there’s a debate...

I’ve been extremely excited to see the explosion in cheap Smartphones and African ecosystem plays that have occurred over the last year. Our continent is host to 1 billion Africans. Can you imagine how powerful we could be once we connect those billion people to a device that can pretty much replace a computer for most social and business related tasks?

Into the fray hops one of the first “for Africa” mobile ecosystem plays that I’ve seen: Mi-Fone. Ignoring the hyphens and urban hip use of the F for now (SEO obviously isn’t important just yet), I wanted to share some thoughts after playing with their top of the range device for a week.

The Mi-Fone A300 (also referred to as Mi-300 on the site) retails for about R1400, putting it near the top of the “cheap smartphone” category. But give it a year or two and I think we’re going to be seeing similar devices in the R500 to R700 range. Mi-Fone already has two other models in the R800 range, but they’re not Android.

And here’s where it gets really interesting. From what I can gather in the press releases, Mi-Fone hasn’t stopped with the device. Their intention is to own the entire stack (from device to content). In the African context, this makes a whole lot of sense. Considering how fragmented the mobile world is getting, localisation has never been more important.

The Mi-Fone A300 comes prepackaged with a bunch of music (due to their partnership with Spinlet and some media houses / record labels). This bodes well for the future – as long as the range of tracks can be kept relevant.

They’re also launching an African App Store in the future. Ag nee, another App Store you may say… and I’d have to agree with you. MTN has one. Vodacom has one. Samsung has one. Other manufacturers and network providers are launching one. I think it’s getting to the stage where your App Store is most likely going to be directly linked to the device you have. Still, if they can give me 1000 African-relevant apps instead of 599 000 pieces of crap (the Apple App Store now has 600 000+ apps)… They’ll win.

Also preloaded on the device was some political satire. Rip offs of Julius Malema’s “Kill the Boer” and a skit of Jacob Zuma. I don’t really know how to feel about this. Political satire is dangerous – but I guess if you’re going for the hip, urban African vibe, this might be a way to go. Might. Kudos for having the balls to do this…

The attempt to own all the verticals is in its early days, but the approach is spot on and exciting.

I really hope Mi-Fone pushes the boundaries past music, hip parties and aspirational lifestyle positioning. That stuff is important, but the target verticals for African domination go much further. Think: retail, eCommerce, mobile wallets, integrated banking, transaction facilitation (take what NFC can do for payments and make it work it a more practical sense), small business empowerment, bill payment etc.

I didn’t realize when I started playing with the A300 how quickly the $100 smartphone market has exploded. After chatting with my Twitter community it looks like the A300 is going to face some stiff competition from the likes of the Samsung Galaxy Y, HTC Wildfire and more importantly, the Huawei Ideos.

Bring it on. To put a device like this in the hands of 1 billion Africans for around R300-R500, I’ll put up with any number of quirks.

Some further information about Mi-Fone as extracted from their press release. They get a big HAHA for their CMO’s “frowning at a low end device is like frowning at the poor”. Melodramatic word baiting at its best.

The company has already differentiated itself from other low-cost handset manufacturers with its focus on music, local talent and soon to be launched “Mi-Apps Java” store. This will be instrumental in linking the acquisition of local music in capturing revenue streams, which are often lost to piracy.

Mi-Fone has now partnered with Stereotype Records and mobile store Spinlet, bringing music downloads to all their devices. It will encourage the purchasing and discovery of music, while offering seamless integration and storage of the users’ music library on their mobile device.

"Music crosses every cultural boundary in Africa and year on year we have seen an ever-increasing demand for the Mi-Fone brand in the twelve countries we're in," founder and CEO Alpesh Patel said.

Additionally, Mi-Fone has partnered with Opera Software to have the Opera Mini web browser installed on all devices.

"The unique thing about our relationship with Opera is that it's license-free... because they've noticed the good work that we've been doing," Chief Marketing Officer, Nicolas Regisford said.

More affluent people might turn their noses up at the brand, but Regisford has a message for them too.

"Frowning upon a low-end device is like frowning upon the poor. The poor people in the continent will be connecting to the internet via low-cost, data-enabled handsets – so frown at your peril” he said.

Mi-Fone has developed strategic partnerships with several respected African countries; distributors and GSM carriers to ensure countrywide distribution and cost efficiencies are passed on to the end consumer. Mi-Fone handsets can be purchased from approved distributors and operator channels in countries such as Senegal, Rwanda, Ghana, Nigeria, Kenya and Tanzania and now also South Africa.

With only three short years in business and forecasts smashed, Mi-Fone promises to further take the African market by storm with partnerships with some of the continent’s most admired consumer brands.

Mi-Fone’s commitment, determination and raw passion to bring handsets to the masses is proving successful in the time-old David versus Goliath battle. As the first African Handset Manufacturer, they develop and tailor-make communication solutions for Africa.