Office 365 in the cloud - free trial for South Africans... 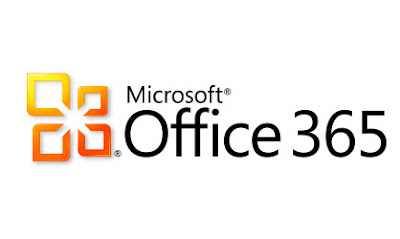 I like the fact that they're targetting SME's... but the eternal African "but" is bandwidth. Even Google Docs can feel a bit slow if you're not pounding a 4mb/s ADSL line. Microsoft has had notoriously "rich" internet applications.

Office 365 is Microsoft's business productivity platform, hosted in Microsoft’s data centres. The trial will allow South African businesses and users to try Office 365 for free for up to six months, until the service is officially launched here in the first half of 2012.

“Office 365 is the best of everything we know about productivity, all in a single cloud service.  We have had a huge amount of support from our local partners and customers to bring cloud computing to the region,” said Melanie Botha, Microsoft South Africa’s marketing and operations director.

“Recent research from Springboard, an analyst firm owned by Forrester, said that 67 percent of organisations in the Middle East and Africa are either currently using or planning cloud initiatives, and we anticipate Office 365 to be a great success here.”

SME sector the early target
Botha expects the early adopters of the service in South Africa to be the SME sector, which will benefit from access to the same business productivity solutions used by major enterprises.

With Office 365, people can come together from virtually anywhere and work together more easily, meeting face-to-face online, sharing work in real time, and accessing email and calendars on virtually any device. Smaller companies can create and maintain a custom website, manage data and stay in control of sensitive information — even with no IT expertise.

“Small companies can now take advantage of the best technologies the largest companies use, but on a scalable pay-as-you-go basis, with solutions that are easy to get and use. Now small companies can cater to their technology needs without big infrastructure investments, and get access to several technology tools they didn’t have before,” said Botha.

With Office 365, moving to the cloud doesn’t require people to change the way they work because it’s based on the familiar productivity tools people know and trust. Employees get new ways to work together with ease, on virtually any device or mobile phone, using familiar applications, such as Office, that they already know and love. Business owners get the reliability, security and IT controls they need in the cloud.

Office 365 for enterprises has an array of choices for midsize and large businesses, as well as government organisations, starting from approximately R20 per user, per month for basic email.

Office 365 for enterprises also includes the option to purchase Microsoft Office Professional Plus desktop software on a pay-as-you-go basis, for the first time ever. For approximately R200 per user, per month, organisations can get Office Professional Plus, along with email, voicemail, enterprise social networking, instant messaging, Web portals, extranets, videoconferencing, webconferencing, 24/7 phone support, on-premises licenses and more.

Availability
Customers who get started with the Office 365 trial can confidently use the service knowing that, when Office 365 goes to commercial availability next year in South Africa, they can subscribe and continue using the accounts they’ve set up during the trial period. Today, people can start the Office 365 public trial and learn more about the service at www.office365.co.za