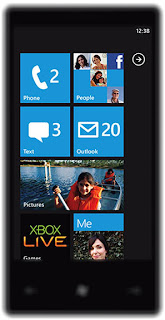 You're going to hear a lot of talk about "ecosystems" as Windows Phone 7 (Microsoft's new SmartPhone Operating System) starts to gain momentum. An ecosystem is a pretty critical element of the modern technology landscape, worth getting to grips with.

Software Ecosystems has a very broad, strategic definition of ecosystems:

A human ecosystem consists of actors, the connections between the actors, the activities by these actors and the transactions along these connections concerning physical or non-physical factors. We further distinguish between commercial and social ecosystems. In a commercial ecosystem the actors are businesses, suppliers and customers, the factors are goods and services and the transactions include financial transactions, but also information and knowledge sharing, inquiries, pre- and post-sales contacts, etc. Social ecosystems consist of users, their social connections and the exchanges of various forms of information.

To put it plainly, Apple is probably the best example of a locked up and valuable ecosystem. Apple control everything from the production through distribution, operating system, apps, developer communities, support and more. And they control it with a tight fist. That's why you might not get exactly what you want, but what you get works well.

It's into this world that any new SmartPhone or SmartPhone operating system must tread. It's a tough path. Remember when the iPhone came out? No 3G, only Edge. No cut and paste. Crappy apps. You remember the moans and groans? But it got better. And because we have dominant SmartPhone platforms like Apple, Blackberry and Nokia now - consumers have a lot less patience these days. They don't want to wait for an ecosystem to be ready.

Windows Phone 7 (WP7) suffers from this. A little. The apps aren't quite there, in terms of range and quality (the Twitter app, for instance is horrendous). The interface still needs a few tweaks (Mango update is out 1 September 2011 - exciting times!). The developer community isn't quite excited enough, possibly because there aren't enough users yet (chicken and egg if there ever was one). And if there aren't enough users, there isn't enough buzz to get those crazy "make-you-feel-like-part-of-the-in-crowd" applications like BBM on Blackberry or Instagram on iPhone.

That aside. I want to make it absolutely crystal clear that this is the first Microsoft product to have excited me since Office for Mac 2011. I like Windows Phone 7. I really, really like it.

I haven't seen such a fresh and unique take on an operating system in a long time. Android essentially copied the iPhone and added a bunch of clumsy widgets. Windows Phone 7 has come up with a really beautiful and original interface - that works.

The topic my two favourite podcasts (TWiT and The ZA Tech Show) have been hammering on about lately is: even though we like it a lot, will we BUY it? Time will tell. WP7 will make a bigger splash when it gets released on a new range of Nokia handsets shortly.

Let's get to the pro's and con's of the phone and Samsung Omnia hardware. 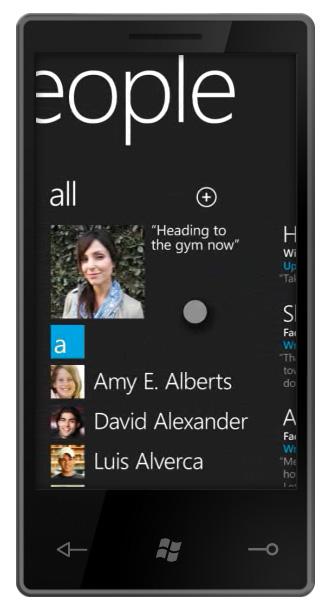 There we go. Hopefully that gives you a balanced view of my Windows Phone Experience (#WP7experience). When this OS comes to Nokia, I predict beautiful things. We need to remember that Nokia still DOMINATES both the SmartPhone and Feature Phone market in South Africa.