Okay. I'll admit it. I'm biased against the current crop of Nokia Smartphones. I just think they're crap - and maybe that's because I'm a "power user" (although sometimes I think my levels of frustration exceed the everyday consumer!). Or maybe it's just because I'm getting grumpy in my old age. Symbian has simply ceased to be competitive in today's landscape of iPhone's and Android devices. Even the slightly aging BlackBerry interface takes it to the cleaners.

Case in point - on the Nokia E7 review unit I had. Spent the first 30 minutes trying to update the bloody thing while it switched on, switched off and generally didn't feedback to the user what the hell was going on. 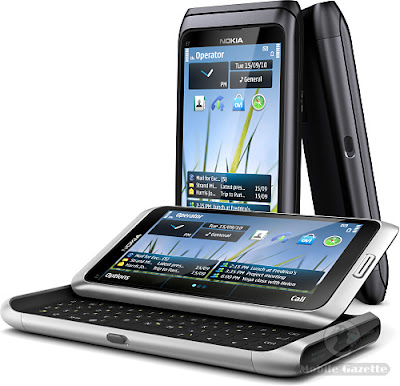 You can make all the arguments you like about Nokia's making great hardware (they do) - but it all falls flat when you don't have the OS to back it up. Which is why I am extremely excited about Windows Phone 7 and what it could do to revive Nokia's SmartPhone market (review coming soon). In the meantime, watch the testers have at WP7 on Twitter - scan for #WP7experience.

So. Let me get to the point of this mini rant. To try and get beyond the bias, I thought I'd loan the review unit out to an everyday mobile consumer and see what she had to say. In this case, it's a 29 year old teacher from Jozi. She's not a geek, she's not a power-user - but she's pretty representative of the majority of customers looking to buy SmartPhones on contract upgrades these days. At least, she's more representative than I am. It's all about Whatsapp and Angry Birds at the end of the day.

Here's the interview - let's see if we learn anything new:

Overall impressions?
It sucks. I wouldn’t get it.

Why?!
The battery life is terrible. It has brain farts and just turns itself off at random and I didn't find it very user friendly. If you’re not a techno-wizz - it’s difficult to use. And because of the rubbish battery life, the overall experience was very frustrating. There’s just too many ways to get to things - which is pointless

How did you find the Hardware (keyboard, screen, build quality, camera etc)?
The camera is cool, although it’s quite slow to respond, so if I’m trying to take a picture of my cat, I’d have to hold him down because the response of the “take picture” button is too slow. Keyboard is cool. Prefer typing with buttons than an onscreen keyboard. Sliding mechanism is nice because it allows for the larger keyboard.

Software?
Not that I know a lot about this kind of thing, but for me it was also rubbish. The message “conversation” view is cool but then it gives you this option to revert to single view. Why? You can have a nice background image on each menu screen (which is nice - important things I know!)

Apps and the app store?
I couldn’t have any applications on the home screen because my battery would die after 4 hours. maybe 5 hours. I’d have to switch on power saving mode just to get through the day. If I used Whatsapp (which I really like) - just having a normal text conversation would drain the battery so that it would only last me 2 hours (and not the wonderful full 4 hours I was used too!)

App store is pretty easy to use, but apps drain the battery, so I didn’t download much besides Foursquare, Whatsapp and Angry Birds - again the important stuff!