XBOX 360 and Kinect. So much more sweaty!

The rad lads (and ladies) at Fleishman recently got the new XBOX 360 + Kinect to me for a review period. I had already been to the launch - my interest was piqued, although it did feel a little Wii'ish. Let's get down to a brass tacks collection of my thoughts on the XBOX 360 and whether you should get one. 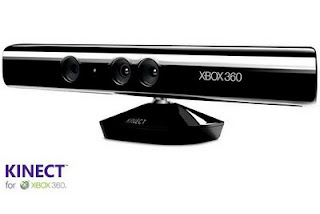 First of all, rearrange your lounge - or buy a new one! The Kinect requires a LOT of space. I've got a pretty big lounge and still had to push furniture away. You're looking at a space requirement of 2x2m away from the TV - BARE MINIMUM. And that's if you're OK falling over your furniture as you dive to make a recovery shot in VolleyBall / Table Tennis. That said, I was diving, which must mean I was engrossed.

The body control with Kinect is a lot better than the Wii controller. A lot. It's pretty amazing to use your body in the first place. Run (and I mean SPRINT) in place for the hurdles, leaping off the ground as each one comes up. A volleyball spike/smash is exactly that - a leap and a tennis like smash with your palm outwards. The table tennis game even recognises top spin and slice based on very realistic hand movements. Not having to worry about silly movements just allows more brain time for getting into the experience, and I like that.

This was also my first experience with ACHIEVEMENT UNLOCKED, the legendary behaviour mechanic of the XBOX that seems to get people doing the oddest thing. I can't quite explain why (perhaps it's because achievements give you Gamer Points which you can actually use to buy stuff) but they work so much better than PS3 trophies. No one really cares about PS3 trophies. My first achievement was the windmill (doing the long jump with arms flaying about). It was cool.

Here it is in summary:


My only real negative, besides the slight novelty factor, is the lack of Blu Ray player in the XBOX. You may think that sounds silly - but the Blu Ray attached to the PS3 is what I call the "wife negotiation tool". And that makes it critical. Don't you want to watch high definition Ryan Reynolds honey? Oh yes you do...
(Pic from csmonitor.com)
Email Post
Labels: games product review xbox