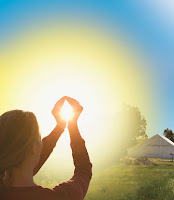 And that ends my predictions and advice for South African Business in the digital marketing arena. If you enjoyed this post, be sure to check out the Cowboys & Engines RSS Feed.