Measuring the Social Conversation - More Important than Ever... 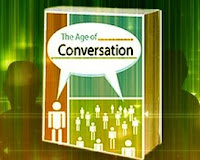 I've often commented on the vacuous nature of social media. Echo chambers and shallow content - it's like "small talk" on a volume never before experienced. Why just yesterday, a friend of mine and I did a little experiment to attract attention on FaceBook by commenting on a status update. Sure enough, 4 or 5 people got pulled into one of the biggest pieces of content drivel I've ever added to the Interweb. And those kind of interactions are happening more and more.

The world is finding its online voice and there's just too much noise.

# Measuring the success of social networks

Our take: Good luck with that, we're not optimistic. This is soft stuff and though clear success speaks for itself, all the gradations between success and failure are going to be very hard to quantify.

# Quality vs Quantity in Social Media

"I believe we'll have more focused velvet-rope social networks in 2009 where the tools and the goals match verticals of interest instead of the general commons of Facebook." - Chris Brogan, New Marketing Labs

Our take: Maybe, for some people and in some circumstances this will be the case. We expect most people to find a middle ground between the whole sale slow-down that some seem to expect and an evolutionary adjustment to vastly increased data input.