Here's an excerpt from Chris Skinner's blog on SwiftCommunity. It speaks to a changing world of banking - one where it is not only more cost effective, but more efficient for the end consumer to conduct business digitally.

Here’s a brief profile of eBANK:

How do they do it?

Well, it may best be illustrated by their account opening process.

The usual account onboarding process requires a visit to a branch, a bunch of documentation, a raft of form-filling, a lengthy process of verification checking and authentication reporting under FATF and AML rules, a little bit of KYC, a range of data entries requiring lots of box-ticking and button-pushing, the production of paper and plastic confirmations, final mail outs and more.

How does eBANK do it?

You go online and enter your information.

You take a digital photograph of your driving licence.

You mail the digital data up to eBANK.

Their OCR reads your driving licence data – name, address, birthdate – automatically and then checks this against your data and public records.

As long as all tallies, it emails you back with new account details or asks you to clarify discrepancies.

While that sounds extremely sexy for 10% of SA's population - I'd look to our cellphone banking for where the real leaps and bounds of innovation are going to come. 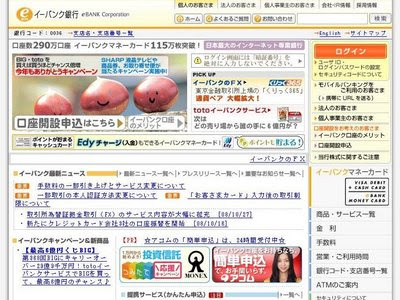