I always like sharing any information on African Innovation - tech or otherwise. It's important for us all to realise that the opportunity lies within our own continent, not in the First World. We innovate despite our situation. We have real, practical problems to solve. It's a good place to be.

Here are 10 cool innovation ideas that have been shortlisted for the Innovation Prize for Africa. Big up to the South African contingent. What an awesome collection of #notfirstworldproblems. 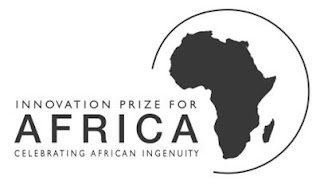 CAPE-TOWN, South-Africa, April 25, 2013/ -- Ten African innovators have developed practical solutions to some of the continent’s most intractable problems.  Chosen from more than 900 applications from 45 countries, the finalists for the Innovation Prize for Africa (IPA) (http://www.innovationprizeforafrica.org) 2013 provide practical examples of Africa’s investment potential.

The winners of the IPA 2013 will be announced at a gala dinner on 7 May in Cape Town, South Africa hosted by the University of Cape Town’s Graduate School of Business and the Sekunjalo Development Foundation. The winner will receive USD 100 000 for the best innovation based on marketability, originality, scalability, social impact and clear business potential.  A runner up will receive USD 25 000 for the best commercial potential and another finalist will receive USD 25 000 as a special prize for social innovation.

“As global leaders gather for the World Economic Forum on Africa to discuss approaches to deliver on Africa’s promise, these innovators demonstrate that the best way to build Africa’s capacity is to invest in local innovation and entrepreneurship,” said Jean-Claude Bastos de Morais, a co-founder of the African Innovation Foundation and the IPA.

From Tunisa to South Africa, the IPA 2013 finalists are leaders in the areas of agriculture, environment, health, ICT and manufacturing. They include:

Zero-Blade Wind Convertor (Tunisia) – Innovators Hassine Labaied and Anis Aouini from Saphon Energy, a Tunisian R&D start up, developed a wind turbine with no blades that does not rotate – it uses sailboat technology to create cost-effective energy through a back-and-forth 3D motion.

The Malaria pf/PAN (pLDH) Test Kit (South Africa) –Innovator Ashley Uys created a new rapid malaria test that indicates within 30 minutes if treatment is effective.  The test kit is one of only nine developed globally and is the only test of its kind fully-owned by an African company.

Mobenzi (South Africa) – Innovator Andi Friedman and his team has developed a software that provides mobile data collection and field research solution, allowing sophisticated forms of research to be conducted across Africa online or via mobile phones.

AgriProtein (South Africa) – An innovative team of researchers from AgriProtien Technologies developed a new source of animal feed protein that lowers the cost of feed for African producers and farmers.

"We see a strong trend emerging of innovations that have significant social impact for Africa," said Dr.Francois Bonnici, Director Bertha Centre for Social Innovation at the University of Cape Town’s Graduate School of Business.

The call for applications for IPA 2014 will be announced in July 2013. For detailed information of competition categories, conditions of entry, and submission details, please visit: InnovationPrizeForAfrica.org (http://www.innovationprizeforafrica.org). For highlights and more information, follow the IPA on Twitter (https://twitter.com/#!/IPAprize) and Facebook (https://www.facebook.com/InnovationPrizeforAfrica).